NPR's Hindu hatred: a letter to the Rough Translation podcast

I can't envision NPR abusing Islam in the way it abuses Hinduism: NPR would be too afraid.

Posted by Bahu of Bengal at 7:53 PM No comments:

No thanks Re: South Asian Women in Leadership Event Featuring Audio Remarks by Sen. Kamala Harris 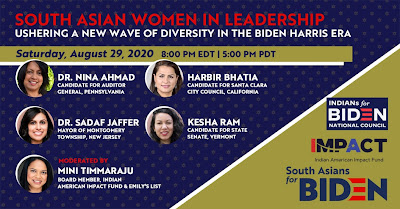 No thanks, South Asians for Biden.
from thebahuofbengal@gmail.com
to sabiden2020@gmail.com
South Asia comprises Afghanistan, Bangladesh, Bhutan, India, the Maldives, Nepal, Pakistan, and Sri Lanka. The term "South Asian" subsumes Indian identity and ultimately erases it.
Yours sincerely,
Sources:
Republic World. (2020, August 20). Kamala Harris' views on Kashmir and 5 things to know about Biden's running mate . Retrieved August 29, 2020, from https://www.republicworld.com/world-news/us-news/kamala-harris-views-on-kashmir-and-5-things-to-know-about-biden.html
Why The Hell Are Indians So Excited About Kamala Harris? [Video file]. (2020, August 24). Retrieved August 29, 2020, from https://www.youtube.com/watch?v=2Gk2peJeC9A&t=59s
Posted by Bahu of Bengal at 4:28 PM No comments:

Letter to Megha Majumdar, author of A Burning

A Burning: #ReadWithJenna pick of the month for June 2020

I have finished reading A Burning - thanks to Knopf for making it available through NetGalley.

You have received many accolades, through the New York Times, Time, and the New Yorker.  A Burning was selected as the #ReadWithJenna pick of the month for June 2020 on the Today Show  (I have copied Today on this message).  From the web page Jenna Bush Hager announces June 2020 book club pick, https://www.today.com/shop/jenna-bush-hager-june-2020-book-club-pick-t182874:

I started writing from a place of alarm and anger," Majumdar told TODAY about her inspiration for the book. "India has been changing in frightening ways and growing more intolerant of minority communities, more extremist. I definitely hope that readers will see resonances in the U.S. as well.

Indeed, the only victims in your book were Muslim: Jivan, the girl who was falsely accused of torching the train, and the Muslim family that was slaughtered on the suspicion that they slaughtered a cow.

Your Jana Kalyan Party is plainly modeled after the BJP, yet you know that the BJP has next to no influence in Bengal - never mind that its predecessor Bharatiya Jana Sangh was founded by Shyama Prasad Mukherjee, and the BJP honors Mukherjee as its founder!

It was also strange that the Muslim girl was named Jivan.  Jivan, or Jeevan, is a boy's name and moreover, a Hindu name.

I am convinced that the train burning was inspired by the 2002 burning of a train carrying Hindu pilgrims, in which 59 people, including 27 women and 10 children, were burnt to death, and 48 others were injured, at the rail station in Godhra, Gujarat.  Unlike poor Jivan, none of the perpetrators received a death sentence.

Do BJP rallies necessarily end with slaughter of Muslims?  I don't think so.  A friend told me that in UP, lynchings for cow slaughter might have more to do with cattle rustling, rather than Hindu-on-Muslim violence (really, the reverse doesn't happen?).

Posted by Bahu of Bengal at 5:36 PM No comments:

I would like to comment on the anti-Hindu bias in Sameer Yasir’s article India Is Scapegoating Muslims for the Spread of the Coronavirus https://foreignpolicy.com/2020/04/22/india-muslims-coronavirus-scapegoat-modi-hindu-nationalism/. Mr. Yasir is copied on this message.

My comments are in bullet form (and many are italicized) so that I could send them in a timely manner.

I support making Jammu and Kashmir Union Territories. Moreover, the Government of India spun off Ladakh from Jammu & Kashmir, as Ladakh has a culture of its own. Revoking J&K’s semi-autonomous status might allow the Hindus whom Muslims ethnically cleansed 30 years to return to their homes.
Mr. Yasir wrote, “In India’s troubled northeastern region of Assam, Modi last year introduced a controversial National Register of Citizens to identify Indian nationals among so-called foreigners from neighboring Bangladesh. The register has put some 1.9 million citizens—the majority of them Muslims who have lived there for generations but lack documentation—at the risk of becoming stateless.”

One of the successes of the BJP government was to conclude a peace treaty with Bodo guerillas in Assam.

Rather, the point of the NRC is to identify Bangladeshi infiltrators – a recent phenomenon. It is wrong to say that the majority of Muslims have lived in Assam for generations.

Mr. Yasir made a comment about “deadly anti-Muslim violence in Delhi”.

PM Modi and Home Minister Amit Shah have disillusioned many of their supporters by not taking decisive action at Shaheen Bagh, Jamia Millia Islamia, and the Tablighi Jamaat gathering in Nizamuddin Markaz. I will not be surprised if the home countries to which the Tablighi Jamaat missionaries return are harsher on them than India.

Mr. Yasir wrote, “Many Muslims see the latest scapegoating as part of a larger ploy by Hindu nationalists to demonize them and ultimately deny them even the basic rights guaranteed to all citizens of India under the constitution, regardless of religion.”

Mr. Yasir wrote, “The Star of Mysore ran an editorial (since removed) referring to Muslims with the following advice: “An ideal solution to the problem created by bad apples is to get rid of them.”

I would like to read The Star of Mysore’s editorial for context so that I can decide. Maybe the writer was not intimating genocide.

All in all, Mr. Yasir’s article was emotional and not the dispassionate reporting that I would expect from a prestigious journal like Foreign Policy.

Posted by Bahu of Bengal at 8:04 PM No comments:

And here is yet another letter of complaint that I wrote concerning an article in the New York Times, as written by Sameer Yasir:


Comments:
Your sincerely,
[The Bahu of Bengal]
xxx-xxx-xxxx

Posted by Bahu of Bengal at 7:39 PM No comments: 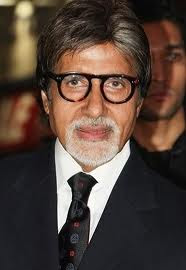